Costume World is a cutting-edge costume rental company that not only houses the largest collection of costumes in the United States, but also offers personalized, knowledgeable services that are absolutely unbeatable. With 1.2 million costumes in the collection, Costume World maintains and leases an incredibly diverse spectrum of costumes from the every-day to complete Broadway productions.

Our innovative services allow customers to rent everything from single costumes to entire productions. Our skilled staff can also help you find that hard-to-find costume, Tony award-winning designs or period reconstructions. Our designers and rental experts work with your vision to help you affordably outfit your productions. We are committed to helping you achieve the perfect look for your creative project.

Our astounding collection includes costumes from over 35 Broadway productions and many Tony-award winning costumes. Our collection boasts significant theatrical treasures such as the original gowns designed by Sir Cecil Beaton and worn by Julie Andrews in My Fair Lady (1956), and the wardrobes from recent blockbuster Broadway productions of Urinetown (2001) Titanic (1997), and the Sarah Jessica Parker revival of Once Upon a Mattress (1996) Costumes from our remarkable collection have been worn by stars and film celebrities including Warren Beatty. Make Costume World a part of your theatrical production! You can view our costume collection online then contact our expert staff to bring your theatrical vision to the stage. 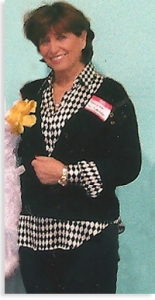 Costume World Founder and Chief Executive Office, Marilynn Wick didn’t always consider herself a costume designer nor did she initially see herself running one of the largest costume companies in the nation. Born in Buffalo, New York and a single mother with two growing girls, the idea for a costume company got its beginning with a single Santa Suit and a small, cottage industry that grew from her dining room table. The Santa suit was a hit in the neighborhood and, with the help of a small advertisement in a local newspaper and word-of-mouth, it was soon apparent that the operation needed to move from the kitchen to a larger facility.

That was over 30 years ago. Since that time, Mrs. Wick went from being the shy actress in a community theatre production of The Music Man to the driving force behind the company and its five locations throughout the country. She has appeared on “The Today Show” three separate times and featured in various publications People Magazine in 2001 when her Santa suits shared the pages with the legendary Beatle, George Harrison. Wick’s designs were nominated for the Chicago’s Jefferson Award for costume design for Singin’in the Rain, and in 1985 she was named South Florida Business Woman of the Year. In 1998, Costume World received the coveted The Hawaii State Theatre Council’s Po’okela Award for costume design for The Will Rogers Follies production at the Diamond Head Theatre.

Mrs. Wick’s vision has always been to provide quality costumes at an affordable price. The astounding success and growth of the company is a testament to that vision.